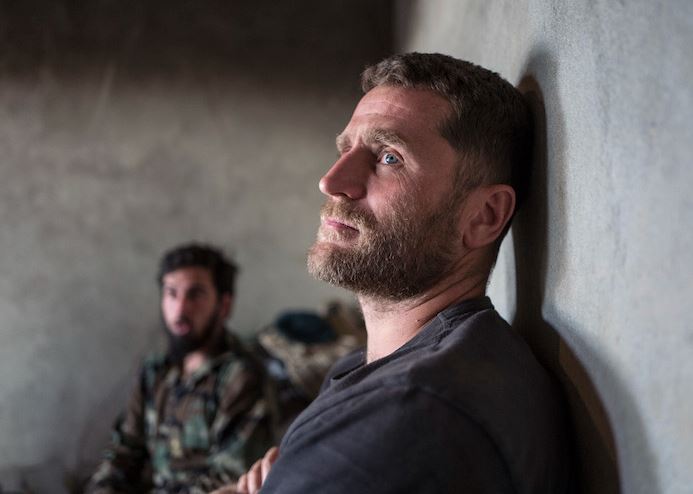 BEN ANDERSON, Documentary maker and Author  Ben has been reporting from conflict zones around the world for over two decades, making groundbreaking films on the wars in Afghanistan, Yemen, Iraq, Syria and Congo, amongst others. Anderson began his career as an undercover reporter; producing exposés on topics as varied as funeral home abuses, the abuse of the mentally ill, and civil war in Burma. He has presented numerous films and series for the BBC. Highlights include Holidays in the Axis of Evil, Taking on the Taliban, The Violent Coast and Frontline Football. Anderson has produced, filmed, and directed hard-hitting feature-length documentaries for HBO, including The Battle for Marjah, which won a History Makers Award, a Marine Corps Heritage Foundation Award, and was nominated for three Emmys. Ben’s feature documentary, This is What Winning Looks Like, won the Prix Bayeux Award, the Frontline Club Award and was a finalist for the Rory Peck Award. His VICE on HBO special, Fighting ISIS, won an Emmy in 2016. For the last five years he has been a Senior Producer and correspondent on the multi-Emmy winning series, VICE on HBO.   His Book, No Worse Enemy, was released to critical acclaim in 2012, and even then, predicted the collapse of the Afghan Government to the Taliban. His e-book, the Interpreters was released in 2014. He’s currently working on a book about radical treatments for PTSD and depression, as well as two series for Netflix, a feature doc on Afghanistan for HBO and a movie about MDMA assisted therapy. He was also Executive Producer on Beyond the Wire, about Marie Colvin’s death in Syria, and The One Armed Chef, featuring Giles Duley. Anderson has also won Foreign Press and Rory Peck awards and was twice shortlisted for the Royal Television Society Young Journalist of the Year honor and Prix Europa prizes. In addition to writing for The New York Times, The Guardian, Esquire, The London Review of Books and GQ. He’s appeared often on Morning Joe, CBS News, NPR, Joe Rogan and Charlie Rose.