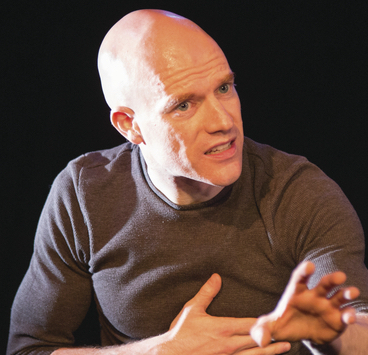 Bryan Burroughs is an actor, director, movement director and more recently writer, having penned and performed the award winning Beowulf : The Blockbuster earning Bryan a STAGE award for acting excellence at the Edinburgh International Fringe Festival. Other notable performances include Barabbas ‘ Johnny Patterson : The Singing Irish Clown for which he received the Irish Times Theatre Award for Best Supporting Actor and €œB € in Company SJ ‘s production of Beckett ‘s Act Without Words II which toured most recently to The Barbican in London. Bryan is a originally from Carlow and is a graduate from the Samuel Beckett Centre at Trinity College Dublin and has taught Movement/Physical Theatre at Trinity College Dublin, NYU / Tisch School of the Arts and at the Accademia dell ‘ Arte in Arezzo, Italy.