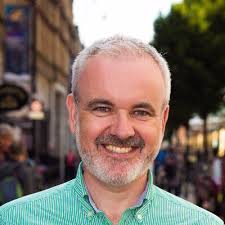 “Colm O ‘Gorman is from Wexford, Ireland and is the current executive director of Amnesty International Ireland.

O ‘Gorman founded One In Four, an Irish charity which supports men and women who have suffered  sexual violence. He was named one of the ESB /Rehab People of the Year and received a TV3/Daily Star Best of Ireland award in 2002, one of the Sunday Independent /Irish Nationwide People of the Year in 2003 and was awarded the James Larkin Justice Award the Labour Party for his contribution to social justice in Ireland. In 2006 O ‘ Gorman filmed Sex Crimes & the Vatican for the BBC panorama documentary series.