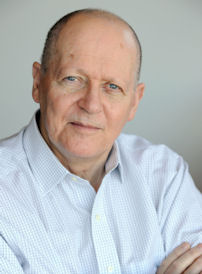 Conor O ‘Clery  is an Irish journalist and writer. He has worked for  The Irish Times  for over 30 years in various positions, including news-editor and resident correspondent in Belfast, London, Moscow, Washington, Beijing and New York.

He wrote for  The New Republic  in Moscow and has contributed columns to  Newsweek International. He is a frequent commentator on the BBC and CNN.

Conor has won several awards for his work in journalism, including Journalist of the Year on two occasions. First, in 1987, for his reporting of the Soviet Union and, secondly, in 2002, for reporting the 9/11 attacks on the Word Trade Centre in New York. He has written a number of books, most recently Moscow,  December 25, 1991: The Last Day of the Soviet Union  (2011).

He currently lives in Dublin with his Russian-born Armenian wife, Zhanna.