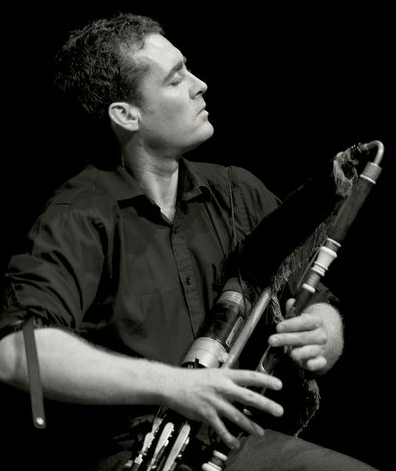 “David Power is a stellar musician on the uilleann pipes. He has been a member of groups, including Liam Clancy ‘s ‘Fairweather Band ‘, ‘Gorumna ‘ and more recently, Martin Hayes ‘ ‘Masters of Tradition ‘ and ‘Pipers Union ‘. He performed in the off-Broadway production ‘Love ‘s Pure Light ‘, recorded music for the Irish Repertory Theatre ‘s staging of ‘The Field ‘ and was a cast member and musician in the Broadway production of Eugene O ‘Neill ‘s ‘A Touch of the Poet ‘, starring Gabriel Byrne.

He recently completed compositional work on a show based on the 6th Century Irish Christian church written by Kerry Hardie and Olivia O ‘Leary which premiered at the 2015 Kilkenny Arts Festival.

€œDavid Power brings a breathtaking freshness to the set, his fluid, fluent playing as light as a feather €  – Irish Times”