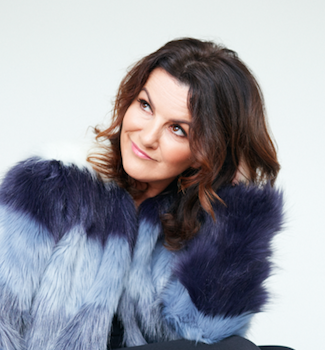 “We’re hardly out of the gates and 2018 is already a hugely busy year for Deirdre; She’s currently starring in the new series of Dancing with the Stars and in the last 12 months has voiced the hugely successful Gogglebox for TV3, produced Ireland’s largest ever charity comedy show for Comic Relief at the 3Arena, hosted the revamped IFTA Film & Drama Awards for national broadcaster RTE, and starred alongside Debi Mazar and Hillary Duff in Darren Starr’s hit sitcom Younger (TV Land, US) which aired in the autumn.

“”O ‘Kane quickly sets up a rhythm of her own and when she exits, applause follows her all the way down the street.”” €“ The Scotsman

“”O ‘Kane is an instantly charismatic stage presence and her brand of day-to-day anarchism stormed the place.””   €“ Three Weeks

“”She won the audience over from the moment she opened her mouth.“”   €“ Metro”