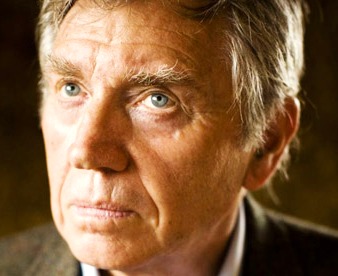 Don McCullin CBE is an internationally known British photojournalist, particularly recognized for his war phototography and images of urban strife. His focus is examining the underside of society, and his photographs have depicted the unemployed, downtrodden and the impoverished. In 1968, his Nikon camera stopped a bullet intended for him. In 2012 a documentary film of his life was released and was nominated for two BAFTA awards. In later years he has turned to landscape and still-life works and taking commissioned portraits. He was named the Master of Photography for 2016 at the launch of Photo London, an art fair due to open at Somerset House in May 2016. A special exhibition of his work is to be commissioned for this. He came to Borris in 2013 and spoke with Concern’s Colm O’Gorman about conflict zones. He also sat down with war correspondents Giles Duley and Ben Anderson for a candid discussion about war journalism. In 2016 in came to talk to Giles Duley and Georgina Harding, as well as sitting down to talk to Mariella Frostrup about his career to date.