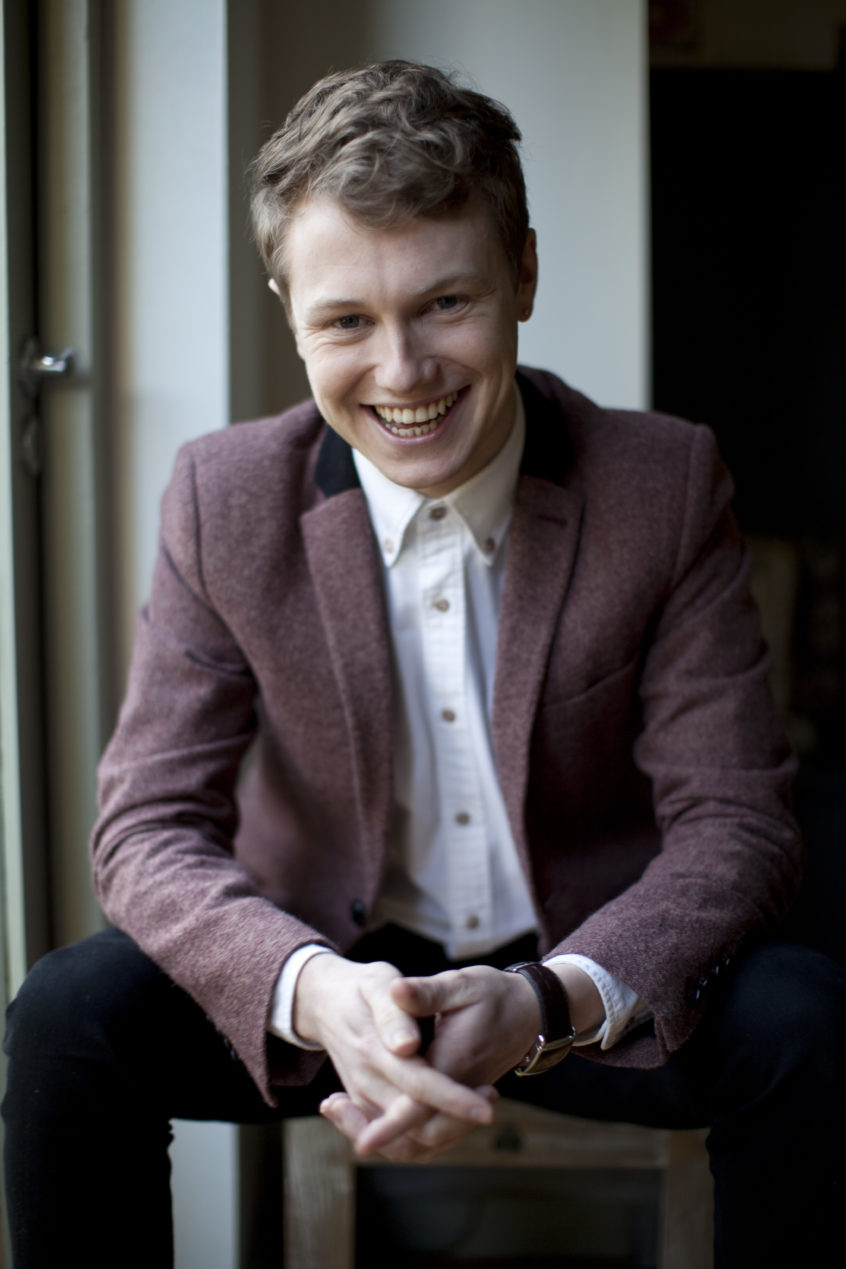 Dylan Haskins is a broadcaster, documentary maker and event producer. He co-hosts the podcast and live event series Soundings with Irish musician Lisa Hannigan and for five years has worked with Other Voices festival, presenting coverage for The Guardian and RTÃ‰ Radio One.

He ‘s on the board of Project Arts Centre in Dublin and a member of Science Gallery Dublin ‘s Leonardo Group.

He directed Roll Up Your Sleeves (2008), a documentary film about do-it-yourself counterculture and from 2009-10 he worked with Project Arts Centre to establish Exchange Dublin collective arts centre in Temple Bar.

In 2015 he was announced as the recipient of the 2015/2016 Jerome Hynes Clore Fellowship. The programme aims to develop the knowledge, skills and experience of leaders in the arts.

He is currently taking part in the year-long programme as well as bringing his podcast Soundings on tour for a short run in New York.

He brought Soundings to Borris in 2014 and 2015 with co-presenter Lisa Hannigan. In 2015 he joined the curatorial panel of the festival and put together a memorable panel discussion about the late Frank Harte €“ with Nuala O ‘Connor, Philip King, Donal Lunny and Nicholas Carolan.