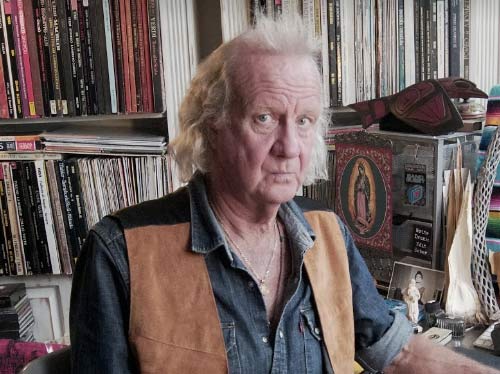 Ed Vulliamy was born and raised in effervescent Notting Hill, London, during the 1950s, ‘60s and ‘70s. Described by the New York Times as “a latter-day Graham Greene”, he has been an international journalist for more than 40 years, with Granada Television’s flagship documentary programme World In Action, then The Guardian and The Observer newspapers of London as a foreign correspondent for three decades. He won a Royal Television Society Award for a film about the North of Ireland, and was between 1992 and 2005 awarded all major prizes in British print journalism for his coverage of wars in Bosnia-Herzegovina (1992-5), Iraq (1991, then from 2003), and organised crime, including the coveted James Cameron Award in 1994. He was the first journalist since Nuremberg to testify at an international war crimes trial, as witness for the prosecution – in nine cases against war criminals from Bosnia’s carnage – at the ICTY in The Hague. His book ‘Amexica: War Along The Borderline’, about drug cartel wars in Mexico, won the Ryszard Kapuśiński Prize for literary reportage and ‘The War is Dead, Long Live The War, Bosnia: The Reckoning’ was shortlisted for the same award. He has also written books about painting and music, and the libretto for a Cantata about the Irish Civil War. Vulliamy was played by Rhys Ifans in Gavin Hood’s 2019 Hollywood movie Official Secrets, starring Keira Knightley, about the illegality of the US/UK invasion of Iraq in 2003.

Vulliamy’s mother, the late, renowned children’s author and illustrator Shirley Hughes CBE, is described by Philip Pullman as ‘a national treasure’; but – now free lance, working mostly for University College Dublin and the New York Review of Books – Vulliamy considers himself a national disgrace, and radical liberal republican. He supports Juventus FC and has two daughters.