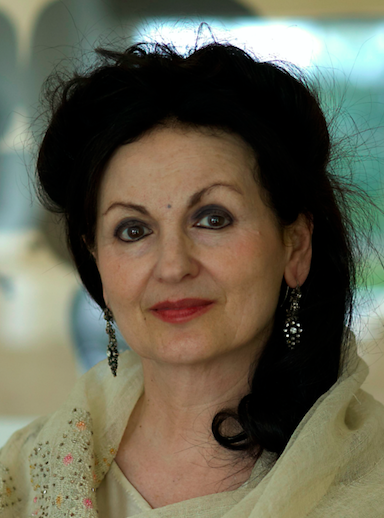 Hanan Al-Shaykh is one of the Arab world’s most acclaimed writers. She was born in Lebanon and brought up in Beirut, before going to Cairo to receive her education. She was a successful journalist in Beirut, then later lived in the Arabian Gulf, before moving to London. She is the author of the short story collection  I Sweep the Sun off Rooftops  and her novels include  The Story of Zahra,  Women of Sand and Myrrh,  Beirut Blues,  Only in London, and  The Locust and the Bird, a memoir of her mother’s life. Most recently she published  One Thousand and One Nights, her acclaimed reimagining of Arabic folktales. She has also written two plays,  Dark Afternoon  and  Paper Husband. Her work has been translated into 28 languages. Hanan Al-Shaykh lives in London.