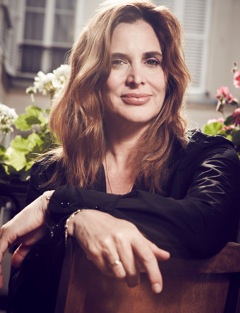 “Janine di Giovanni is the Middle East editor of Newsweek and the Pakis Scholar at The Fletcher School of Law and Diplomacy, where she is concentrating on Track 2 Diplomacy; International Law and International Security. She is also a non-resident International Security Fellow at the New America Foundation, and an Associate Fellow at The Geneva Centre for Security Policy, where she moderates their geopolitical debate series. She is a frequent moderator of high-level panels; and an and analyst on foreign policy at conferences, for the World Economic Forum; World Bank, the UN, Harvard, Princeton, the LSE, and other institutions. Her TED talk on conflict resolution (filmed at the USIP) reached more than 790,000 viewers. She is a former adviser on the Syria conflict to the UNHCR, and has advised senior officials on policy for the EU, NATO and others.

She was a delegate to William Hague ‘s conference on addressing sexual violence during conflict and has published extensively on the subject. As a journalist, she has reported war and conflict and the aftermath for more than 25 years in the Middle East, the Balkans and Africa, winning eight awards and publishing seven books the most recent, The Morning they Came For Us: Dispatches from Syria  (2016). She was recently voted by Action on Armed Violence (AOAV) has named her one of the 100 most influential people reducing armed conflict. Currently working in Syria and Iraq, she is focusing on ISIS and other insurgency groups in the Middle East, but her overall thesis is on talking to non-state actors to reduce conflict. Janine  is a member of the Council on Foreign Relations. She lives in Paris and holds American, British and French nationalities.”