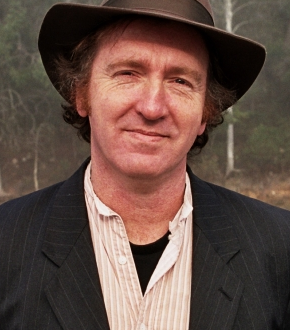 Jim Moginie, musician, songwriter and producer, helped found and was the guitarist for the seminal Australian band, Midnight Oil. Jim ‘s musical interests are explorative. He has played, helped produced and recorded with artists including, respectively, Neil Finn, The Fauves and Brian Ritchie. Jim, prolific, has released solo ablums, under the pseudoname Shameless Seamus he has explored traditional Irish music, audible in the album, Ballroom of Romance. Jim ‘s most recent project is Electric Guitar Orchestra has been inspired by synesthesia from which their successful art-meets-music show, The Colour Wheel, has rolled.