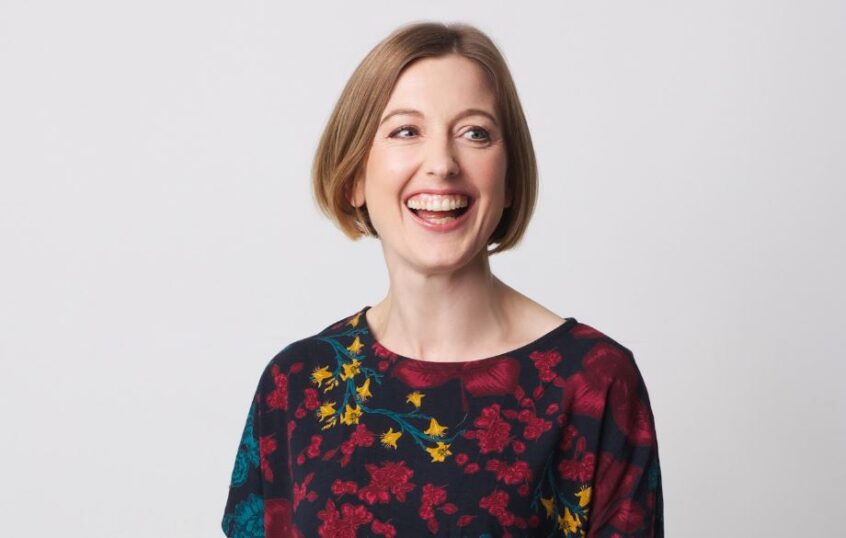 Jody O’Neill is an autistic writer and actor for theatre and screen. Her play, What I (Don’t) Know About Autism, a co-production with The Abbey Theatre, premiered at the Peacock, The Everyman and Mermaid Arts Centre in February 2020 to critical acclaim and sold-out houses and returned in late 2021 for live and streamed performances. It received the award for Best Script at the WGI Zebbie Awards 2021. Recent commissions include what the telly saw (Mermaid County Wicklow Arts Centre) and Fail, an Epic or An Epic Fail (Youth Theatre Ireland). She is also developing a new work in partnership with Carl Kennedy, Seaside Conversations (funded by Dublin Theatre Festival’s Futures initiative). She was one of 31 artists selected for Platform 31, a nationwide artist development scheme by the 31 Local Authority Arts Offices.

In 2019, Jody was awarded a Judges’ Commendation at the Bruntwood Awards (Europe’s biggest playwriting prize), she was shortlisted for the PJ O’Connor Award, and was one of the six final playwrights shortlisted for Fishamble’s A Play for Ireland. Her play, Eating the City, was selected to be part of The New Theatre’s 2019 Path to the Stage New Writing Week. Also in 2019, Jody worked as script writer on Anu Productions and The Ark’s Scrapefoot, and interactive multimedia installation for children and families that took place at The Ark.From 2014-2018, Jody was regular script and story writer for RTE’s long-running soap opera, Fair City. She is currently working with Cartoon Saloon and Little Moon Animations as a scriptwriter on two new preschool series.