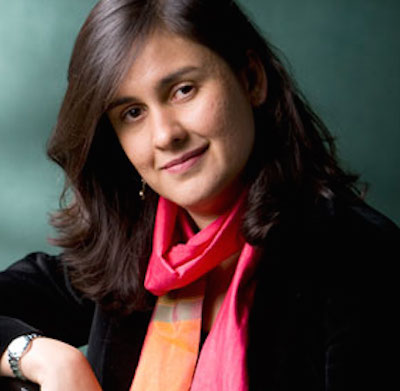 Kamila Shamsie is a Pakistani novelist and journalist. She wrote her first novel, In The City by the Sea (1998) while studying for an MFA. It was shortlisted for the John Llewellyn Rhys Prize in the UK and she received the Prime Minister ‘s Award for Literature in Pakistan. Her third novel, Kartography (2002) and her fourth, Broken Verses (2005) won the Patras Bokhari Award from the Academy of Letters in Pakistan. Her fifth novel, Burnt Shadows (2009) was shortlisted for the Orange Prize for Fiction. In 2013 she was included in the Granta list of 20 Best Young British Writers. She is a Fellow of the Royal Society of Literature. Her latest novel, A God in Every Stone (2014) was shortlisted for the Walter Scott Prize. She often writes for The Guardian on politics and religion.