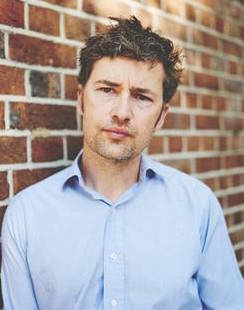 Karl Geary  was born in Dublin, and moved to New York City at age 16. He has worked as a script writer (Coney Island Baby), and an actor (Michael Almereyda’s Hamlet, and Ken Loach’s Jimmy’s Hall), and has adapted and directed Dorothy Parker’s You Were Perfectly Fine for the screen. He is one of the co-founders of Brooklyn music venue Sin-Ã© and later the Scratcher in New York City ‘s East Village. He now lives in Glasgow with his wife and daughter.