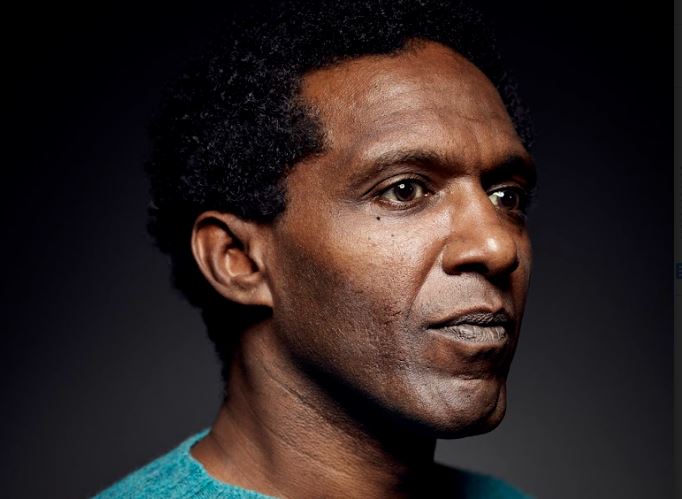 Lemn Sissay OBE is a poet playwright, memoirist performer and broadcaster. Lemn has read on stage throughout the world, from The Library of Congress in The United States to Addis Ababa in Ethiopia, from the Opera House of Dubai to London Palladium and finally  to the heady heights of Wigan library in… Wigan.   Lemn was awarded The Pen Pinter Prize in 2019  when his memoir ‘My name Is Why’ reached number one in The Sunday Times bestseller list.  In 2021 it won Indie Book Awards non-fiction prize.  If you google the name ‘Lemn Sissay’ all the returning hits will be about him. There is only one person in the world named Lemn Sissay. Lemn  is Chancellor of The University of Manchester. He is trustee of The Foundling Museum and  The Christmas Dinners.  He is   patron of Twenty Stories High , The National Association for the  Teaching of English Theatre and Ambassador for Place2B.  University of Manchester runs The Lemn Sissay Law bursary.  University of Huddersfield established and runs the first Lemn Sissay PhD scholarship for Care Leavers.   He is artistic advisor to The Manchester International festival and was the Guest Director of Brighton Festival 2020 and 2021.  In 2021 he was made Honorary Professor at The University of Manchester. In 2021 he was made Visiting Fellow at Jesus College Cambridge. In 2021 he was also made an Honorary Bencher of The Inner Temple. His Television documentaries have been nominated for Griersons BAFTA and RTS awards 2020 and  2021. In 2021 Imagine made and broadcast a documentary about his life.    His work in radio has been nominated for Sony and Palm D’Ors.    In 2021 he helped select the work for Hold Still a project spearheaded by The Duchess of Cambridge. Hold Still is a Sunday Times Bestseller.   His Landmark Poems in public spaces can be seen throughout Manchester and London at venues such as The Royal Festival Hall.   His Landmark poems can also be found at The British Council in Addis Ababa.   In 2021 alongside Hans Ulrich Obrist of the Serpentine Gallery  Lemn co-curated the acclaimed exhibition Poet Slash Artist which included artists and poets such as  Lubaina Himid, Tracy Emin and Imtiaz Dharkar for Manchester International Festival 2021.

Lemn has worked in music over the years.  In 2021 his poems are part of a concerto performed at the BBC Proms in  The Royal Albert Hall.  He featured on the Leftfield album Leftism. On the 20th Anniversary of the album in 2018 Leftfield toured the country to a sell-out tour from Brixton Academy to Manchester’s Apollo. In 2017 he featured on Traveller by Baaba Maal.  A violin Concerto at The BBC Proms was inspired by his poem Advice For The Living.  Another poem ‘Spark Catchers’  featured in the 2017 concerto by Chineke at The BBC Proms written by Hannah Kendal!  It was the most viewed concert in the history of BBC Proms.   Lemn read at Sir Paul McCartney’s Book launch at Queen’s Theatre in The West End.  Lemn performed as Scully in Jim Cartwright’s Road at The Royal Court.   In 2018 Julie Hesmondhalgh read his psychologists report for a court case he was bringing against the government.  The report at the royal Court  sold out in 24 hours and became national news.  Lemn has written a series of plays. ‘Something Dark’ won a race in the media award. On  the national curriculum as a choice text  his stage adaption of Benjamin Zephaniah’s Refugee Boy is published by Oberon Books.  He has been  shot by many great photographers including Steve McCurry, Rankin and Aida Muluneh. His painting once hanged in The National Portrait gallery.  In 2020 he was the sitter for the final of Sky Arts Portrait of the year award 2020.  He was writer in residence at The Southbank Centre under the artistic director Jude Kelly from 2006 to 2012.             He was the first poet commissioned to write for the London Olympics 2012.   He has judged many literary competitions including 2020 Booker Prize, The Gold Man Booker Awards, The National Poetry Competition, The Forward Prize, The Ted Hughes Prize, Cardiff International poetry competition, The Creative Future Literary Awards, and the Bridport Prize. In 2015 he brought a legal case against the government for critical mistakes in the first eighteen years of his life. The government settled out of court in 2018.  His  books of poetry are published by Canongate Books. His children’s book ‘Don’t Ask The Dragon’ is to be published by Canongate Books in 2022.  Lemn Sissay  was named MBE for services to literature by The Queen in 2014.  In 2021 he named OBE for services to Literature and Charity.  He has honorary doctorates from Universities of Huddersfield, Manchester, Brunel, Kent and Essex. Lemn has been Chancellor of University since 2015. His chancellorship ends in 2022.He lives in London and Manchester.