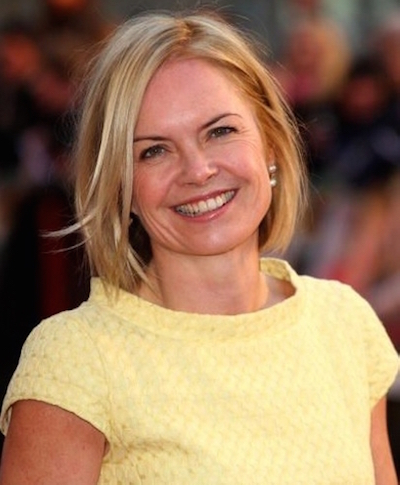 Mariella Frostrup is a UK based journalist, television presenter, and a highly acclaimed interviewer. She has presented a variety of different TV shows as well as making guest appearances in Have I Got News For You, Absolutely Fabulous and Coupling.
In 2004 she wrote Dear Mariella: an Indispensable Guide to Twenty-First Century Living and has written for The Guardian, The Observer, The Mail on Sunday, Harpers & Queen and the New Statesman. In her role as art critic she has sat on the judging panels for the Man Booker Prize, the Orange Prize for Fiction and the Evening Standard British Film Awards.

Campaigning for women ‘s rights and gender equality has become her main focus and in 2010 she co-created the Gender Rights and Equality Action Trust, which raises funds to support gender equality projects in Africa and beyond.

She lives in London with her husband, human rights lawyer Jason McCue, and their two children.