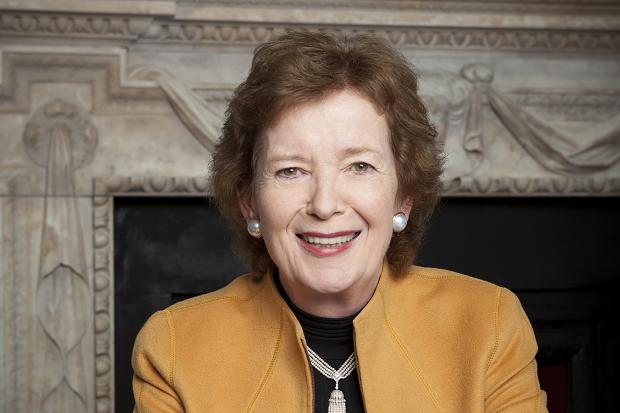 Mary Robinson served as the seventh, and first female, President of Ireland from 1990 to 1997. This was followed by her roles as United Nations High Commissioner for Human Rights and United Nations Envoy for Climate and for Greater Lakes District in Africa, amongst other projects. Robinson is chairman of the Institute for Human Rights and Business and Chancellor of the University of Dublin. Since 2004, she has also been Professor of Practice in International Affairs at Columbia University, where she teaches international human rights. In 2004 she received Amnesty International’s Ambassador of Conscience Award for her work in promoting human rights. In July 2009, she was awarded the Presidential Medal of Freedom, the highest civilian honour awarded by the United States. In September 2016, Robinson was also appointed by Ban Ki-moon to serve as member of the lead group of the Scaling Up Nutrition Movement.