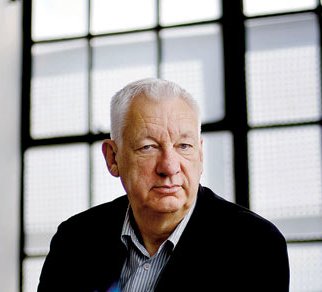 Michael Craig Martin was born in Dublin, educated in the US and subsequently lived in England. Craig Martin was an influential teacher at Goldsmiths College London, and is considered a key figure in the emergence of the young British artists in the early 90 ‘s. Amongst his former students are Ian Davenport, Damien Hirst, Gary Hume, Liam Gillick, Michael Landy, Sarah Lucas, Julian Opie, and Fiona Rae. Throughout his career as an artist, he has explored the expressive potential of commonplace objects and images.   He received a CBE in 2001.