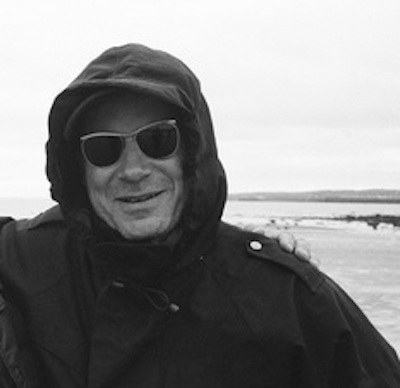 Perry Ogden is an internationally celebrated photographer. He was born in England and now lives in Dublin. His commercial work appears in magazines including Italian Vogue, L ‘uomo Vogue, W and Arena. He has shot advertising campaigns for for Ralph Lauren, ChloÃ© and Calvin Klein.

Ogden ‘s more personal projects include the renowned Pony Kids series. These pictures of inner city kids in Dublin were published by Jonathan Cape/Aperture in 1999. He  has also photographed the painter Francis Bacon ‘s studio (7 Reece Mews), which was published by Thames and Hudson in 2001.

He spoke in Borris in 2012 as a participant in the inaugural Irish 5×15 Stories.