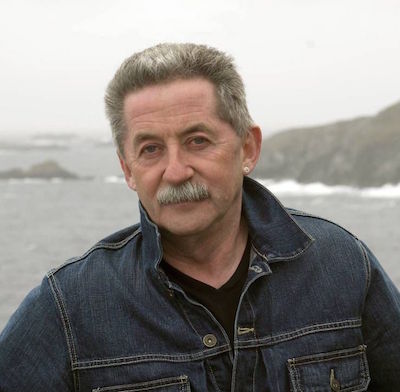 In 1987 with writer and director Nuala O’Connor he produced for BBC Television the  Emmy award-winning series Bringing It All Back Home.

He is best known as producer of Other  Voices – Songs From a Room, which he conceived and created in 2002. The series has been through 13 iterations and has captured remarkable  performances from Amy Winehouse, The National, Elbow, Ellie Goulding, Glen Hansard, Damien Rice, Jarvis Cocker, Snowpatrol, Ryan  Adams, Florence and The Machine, Marina & The Diamonds, Laura Marling, Young Fathers, Hozier, Laura Mvula and many many more.

Philip served for seven years on the Arts Council of Ireland. He is currently developing a companion series to Bringing It All Back Home. He  continues to tour with his band Scullion and presents a weekly radio show, South Wind Blows, from RTÃ‰ studios in West Kerry.

In 2015 he made the long journey to Carlow from Dingle to talk about Frank Harte (in conversation with Donal Lunny, Nicolas Carolan and Nuala O’Connor). That same night he treated a very packed O’Sheas Pub to a little music.