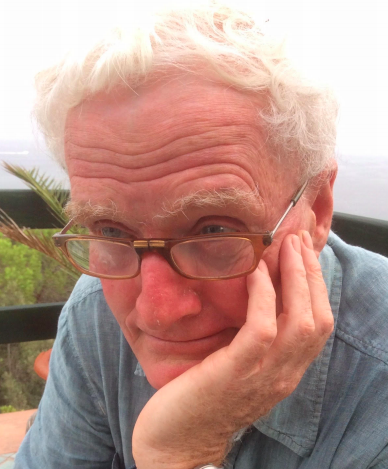 “Sean Hardie began his career as a BBC current affairs producer on Panorama, 24 Hours and Newsnight before teaming up with John Lloyd to create and co- produce ‘Not The  Nine O ‘Clock  News ‘. His subsequent TV credits as writer, producer and director include ‘Spitting Image ‘, ‘Bremner Bird and Fortune ‘ and RTE ‘s ‘The Signal Box ‘ . After a spell as Head of Entertainment for BBC Scotland he moved to Ireland to concentrate on writing, since when he has produced three well-received novels, seven stage plays and written and directed a number of programmes for John Cleese ‘s Video Arts . He also paints. He lives in Skeoughvosteen, County Kilkenny with his wife, the poet and novelist Kerry Hardie.