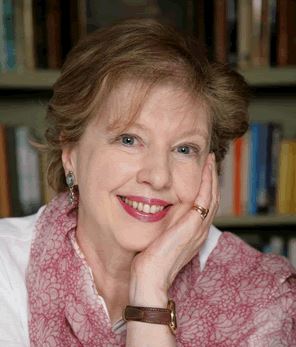 “Selina Hastings  is a writer and journalist, the author of four literary biographies. She worked for fourteen years on the Daily Telegraph and for eight years was literary editor of Harper’s & Queen. A Fellow of the Royal Society of Literature, she has been a judge of the Booker, Whitbread, British Academy, Ondaatje and Duff Cooper Prizes, and of the UK Biographers ‘ Award.

Selina was Lecturer at the Heinz Foundation Conversazione at Lake Como in 1999, Visiting Scholar at the Hawthornden Foundation in 1992 & 2000, InvitÃ©e d ‘Honneur, Colloque Internationale de l ‘UniversitÃ© Paris VII in 2001. At the Harry Ransom Research Center, University of Texas, she was Mellon Fellow during 2002-3 and in 2009-2010 was awarded the Dorot Foundation Postdoctoral Research Fellowship in Jewish Studies. From 2008-2009 she was Royal Literary Fund Fellow at Queen Mary ‘s University, London.

Selina has written biographies of Nancy Mitford, Evelyn Waugh (winner of the Marsh Biography Prize), Rosamond Lehmann and Somerset Maugham. She has also written a number of books for children, including a complete retelling of the Bible. In 2010 she won the Spear ‘s Award For Outstanding Achievement for a body of work €¨and in 2011 the Biographers ‘  Club Lifetime Services to Biography Award.”