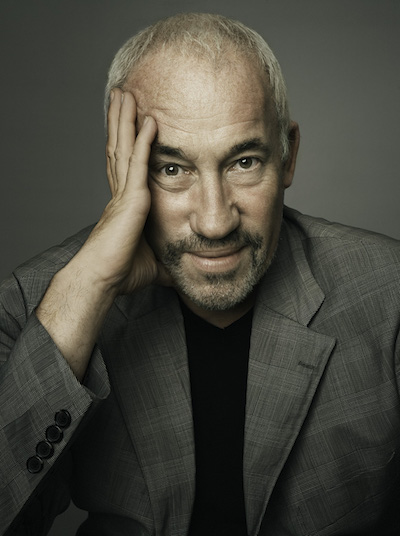 His life in theatre began with a letter to Sir Laurence Olivier and a subsequent job in the box office of the National Theatre.  He has since become a much loved and critically acclaimed classical actor, playing many Shakespearean roles.

Simon has made many film and TV appearances, including  Four Weddings and a Funeral, which brought him a wider audience.  He is also a successful director and writer and has directed over 30 shows, including Carmen Jones,  the West End and Broadway productions of  Shirley Valentine and  Alan Bennett ‘s Single Spies at the National Theatre.

He has written many influential books about his life –  Being An Actor (1984), Love Is Where It Falls (1999), Shooting The Actor (2003) and My Life In Pieces (2010). He has also written acclaimed biographies of Charles Laughton, Charles Dickens, Orson Welles and his biography of Wagner (Inside Wagner’s Head) will be published in early 2017. He is currently at work on the fourth  volume of his life of Welles biography series.

Simon  came to Borris in 2016 to talk about Orson Welles, and also – in what was a spectacular highlight – to read from Seamus Heaney’s final work, a translation of Virgil’s Aeneid Book VI.”