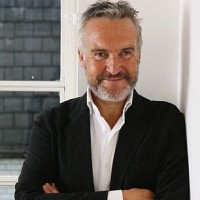 Stephen Bayley is a best-selling author, award-winning journalist, consultant, editor, broadcaster, lecturer and curator – he has influenced how design in perceived and is regarded as brilliant commentator on culture. He worked with Terence Conran to create the pivotal Boilerhouse Project in the Victoria & Albert Museum and the Design Museum which sprang from that. Stephen has written for Conde Nast Traveller, The Lady, GQ, Vanity Fair and many more. He has received a Chevalier de L’Ordre des Arts et des Lettres, France’s top artistic honour. His books include, Sex, Drink and Fast Cars (1986), Design: Intelligence Made Visible (2007), Ugly: The Aesthetics of Everything (2012).