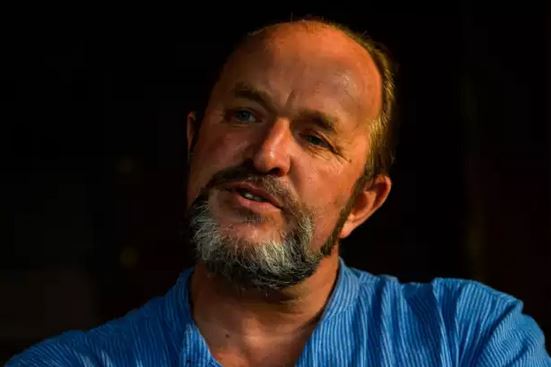 William Dalrymple was born in Scotland in 1965. He was educated at Trinity College, Cambridge where he was first History Exhibitioner then Senior History Scholar.

In 1986, while still at college, he set off to follow on foot the outward route of Marco Polo from Jerusalem to Mongolia and wrote a highly acclaimed bestseller about the journey, In Xanadu, when he was twenty-two. In 1989 Dalrymple moved to Delhi where he lived for five years researching his second book, City of Djinns.

In 1999, he changed genres and after four books of travel, concentrated on the writing of history. White Mughals was published in 2003, and the book won Britain’s most prestigious history prize, the Wolfson Prize, in 2003. His other books include The Last Mughal, Nine Lives, and The Return of a King: the First Battle for Afghanistan 1839–42

William Dalrymple is a Fellow of the Royal Society of Literature, the Royal Geographical Society and of the Royal Asiatic Society, and is a founder and co-director of the Jaipur Literature Festival. He is a regular contributor to the New Yorker, the Guardian, the TLS, and the New York Review of Books, and is the India correspondent of the New Statesman.

He is married to the artist Olivia Fraser and they have three children. They now live on a farm outside Delhi.

He has been twice to the Borris Festival.