Lifelong friends and collaborators, Brian Eno and Laurie Anderson have dedicated their lives to making avant-garde art and music, often finding themselves pivoting between the experimental and mainstream.

“If it goes with the river, then it goes on the record” was Brian and Laurie’s ethos whilst making music together in NYC. They will talk about this and how collaborating and working together transformed their practice, discuss the exhilaration of improvisation, how they have embraced technology and invented unusual instruments, and share with us their limitless inventiveness.

Between them, Brian and Laurie have also worked and collaborated with, amongst others, William S. Burroughs, Philip Glass, Frank Zappa, Timothy Leary, John Cage, Andy Kaufman, Lou Reed, David Bowie, U2, David Byrne... and they will touch upon these times.

Laurie Anderson’s Big Science, a critical and anxious examination of the US in the 1980s, and recently re-released, has ‘never been more pertinent’, at a time when democracy has been snatched away from the grasp of authoritarianism, to quote Margaret Atwood.

Brian Eno’s mesmerizing ambient music from the 1970s retains its relevance in our anxiety ridden time, offering ‘psychological space’. These soundscapes have recently been providing solace and distraction therapy in emergency rooms.

Their work has never been more relevant. 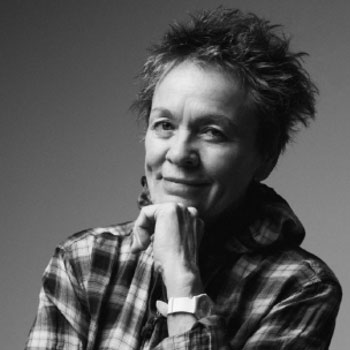 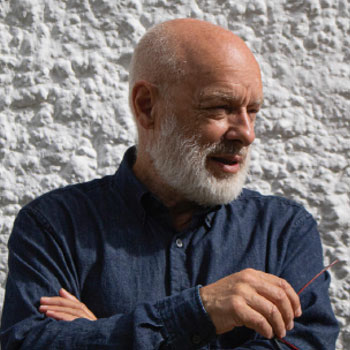