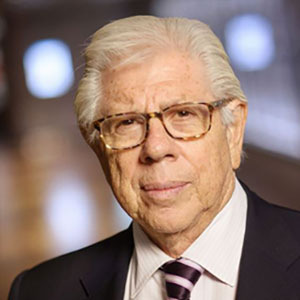 Few journalists in America’s history have had the impact on their era and their craft as Carl Bernstein. For forty years, from All the President’s Men to A Woman-In-Charge: The Life of Hillary Clinton, Bernstein’s books, reporting, and commentary have revealed the inner-workings of government, politics, and the hidden stories of Washington and its leaders.

In the early 1970s, Bernstein and Bob Woodward broke the Watergate story for The Washington Post, leading to the resignation of President Richard Nixon and setting the standard for modern investigative reporting, for which they and The Post were awarded the Pulitzer Prize.

Since then, Bernstein has continued to build on the theme he and Woodward first explored in the Nixon years – the use and abuse of power: political, media, financial, cultural and spiritual power. Renowned as a prose stylist, he has also written a classic biography of Pope John Paul II, served as the founding editor of the first major political website, and been a rock critic.

The author of five best-selling books, Bernstein is currently also at work on several multi-media projects, including a memoir about growing up at a Washington newspaper, The Evening Star, during the Kennedy era; and a dramatic political TV series with David Simon of ‘The Wire’ for HBO. He is also an on-air contributor for CNN and a contributing editor of Vanity Fair magazine.

He lives in New York with his wife and is the father of two sons, one a journalist and the other a rock musician.